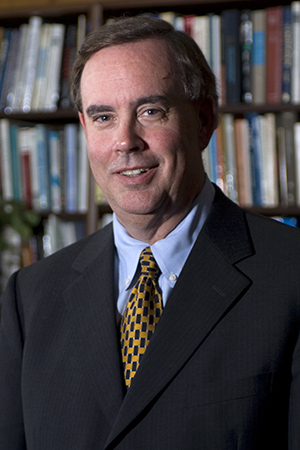 Richard A. Cosier served as Dean of the Krannert School from 1999 to 2010, and on the faculty as the Leeds Professor of Management until his retirement in June 2021. He also served as the academic director of the Entrepreneurship Bootcamp for Veterans with Disabilities. He was named Dean Emeritus of the Krannert School by the Purdue Board of Trustees in September 2011. He formerly served as Dean and Fred E. Brown Chair of Business Administration at the University of Oklahoma and Associate Dean for Academics, Professor of Business Administration, and Chairperson of the Department of Management at Indiana University. He also held a faculty appointment at the University of Notre Dame. Prior to his academic career, he was a planning engineer with The Western Electric Co. Dean Cosier joined Purdue in 1999. Krannert is widely recognized as a leading business school. The Wall Street Journal, BusinessWeek and U.S. News & World Report consistently rank Krannert among the world's elite business programs. At Krannert, during the spring of 2000, Dean Cosier announced a $10 million gift from alumnus Jerry S. Rawls. This completed funding of Rawls Hall, which houses a portion of the Krannert School. While at Oklahoma, he concentrated on curricular improvement and private fund raising. In 1997, Dean Cosier announced an $18 million endowment from Wall Street fund manager Michael F. Price and a matching $12 million from the State of Oklahoma. In recognition of Mr. Price, the College of Business at OU was named the Michael F. Price College of Business. In total, Dean Cosier's fund raising and development helped add more than $150 million to the Krannert/Purdue and Price/Oklahoma endowments, contracts and fund raising efforts.

Dr. Cosier has published more than 60 articles and columns and presented numerous papers at professional meetings. He has co-authored a management textbook and has a chapter on conflict that was included in a popular management text. He has been active in many executive development programs and has served as a management education consultant for several organizations. Dr. Cosier is the recipient of several teaching excellence awards and a Richard D. Irwin Fellowship. He is listed in Who's Who in America and belongs to several professional organizations. He was on the board of directors at First Fidelity Bank, N.A. of Oklahoma City, Century, Inc. of Midwest City, Oklahoma, and Bank One, Lafayette, Indiana. He currently serves on the board of directors for Kite Companies, a NYSE public company, and Roll Coater in Indianapolis. Dr. Cosier is past chair of the AACSB Board of Directors. The AACSB is the international accreditation organization for business schools.

Dr. Cosier's past service includes chairing the Norman Economic Development Coalition, a unique partnership between the University of Oklahoma, the City of Norman, and the Norman Chamber of Commerce that generated Norman's first-ever economic development plan. Serving a successful four year term from 2001-2005, Dr. Cosier was the original Director of the Burton D. Morgan Center for Entrepreneurship in Purdue's Discovery Park. From 2001 to 2009, he was on the Executive Committee and Board of Directors of the Greater Lafayette Community Development Corporation. He is a former member of the board of directors of the Lafayette-West Lafayette Development Corporation. Dr. Cosier has also been active with the United Way of America at the national and local levels, serving as the Chairman of Purdue's 2003 campaign.