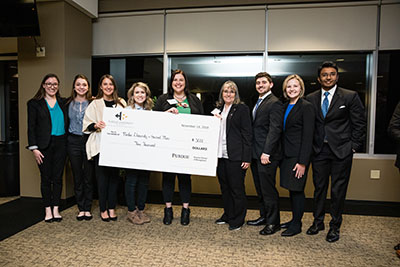 HR Manager Is One of the Most Promising Careers

The job prospects for HR managers over the next decade are looking strong.

HR manager ranked 35th out of 800 occupations in the U.S., based on new employment-projection data released by the Bureau of Labor Statistics (BLS) and scored by The Wall Street Journal.

The Journal's ranking is based on the highest average tallies of both projected annual job openings through 2028 and median salaries for 2018.

HR is one of the fastest-growing fields in the United States. Employment of human resource managers is projected to grow 7 percent by 2028, faster than the average for all occupations (5.2 percent). That translates to about 14,400 projected job openings annually.

"There is a growing demand for HR," said Kim Garstein, senior vice president at staffing and recruitment firm Robert Half in Los Angeles. "The HR function is becoming recognized as a true partnership with company leadership to help organizations grow and retain staff. The field is constantly progressing and becoming a more complex job function. Given these new projections, savvy firms are looking more strategically at hiring. Not just replacing open seats but evaluating evolving roles and skill sets to hire people that will move their company forward."

Laura Mazzullo, the owner of East Side Staffing, a New York City-based recruitment firm focused on the placement of HR professionals, said there has been a trend toward hiring HR business partners. "These are people who historically may have been considered HR managers, but the role has evolved to be more strategic and advisory," she said. "The BLS description for HR manager is antiquated with its emphasis on coordinating administrative functions. The job descriptions I'm seeing for these individuals—now called HR business partners—are asking for more advisory and consultative skills to advise leaders on people-centric approaches to HR."

Mazzullo said the BLS forecast is a good sign for the profession. "It's exciting. I think it means that leadership teams are investing in HR. In the past, HR has typically been understaffed and overworked. And when you're bogged down in administrative tasks, you can't be strategic."

The BLS concluded that although job opportunities are expected to vary with the staffing needs of individual companies, strong competition can be expected for most HR manager positions.

Mazzullo said there's a shortage of "solid, experienced" people in HR business partner roles because it's still a relatively new concept. "Companies will have to hire more traditional HR managers and groom them into HR business partners," she said.

There are currently about 152,000 HR managers in the United States, according to BLS data. The largest employers of HR managers are in the professional and business sector (14 percent), followed by scientific and technical services (14 percent), manufacturing (12 percent), government (9 percent) and health care (9 percent).

"We are seeing increased growth for HR at small to midsized firms," Garstein said. "Especially as firms approach employing 50 workers, they need to hire a dedicated HR manager to their teams."

"Salary information can vary by location, tenure and industry," Garstein said. "Much depends on the local demand for each role and availability of talent in the market. Company size can also be a factor—small companies typically hire standalone HR professionals, which are not only hard to staff, but seek a higher salary because they don't have as much internal support."

Mazzullo said the median pay for HR managers in New York City is typically higher than the BLS' national median. "It's probably closer to a median of $150,000 around here," she said. "I'm proud of HR. For a long time, managers were compensated under $100,000. It's a six-figure profession now, which is a very positive sign."

According to trends in base pay tracked by Glassdoor, wage growth for human resources managers is currently up 6.7 percent since 2015, while pay for recruiters has seen a steady rise of 12.6 percent during that time.

A requirement for certifications or specialized training can also impact salary, Garstein said.

Candidates with certification or a master's degree—particularly those with a concentration in human resources management—should have the best job prospects, according to the BLS.

"Although certification is voluntary, it can show professional expertise and credibility, and it may enhance advancement opportunities," the agency said. The Society for Human Resource Management offers the SHRM-CP and SHRM-SCP certifications.

Garstein agreed, adding that "sometimes [certification] is a requirement, but in many cases, it's a nice-to-have. That being said, even if it's listed as a nice-to-have on a job description, we are seeing a lot of businesses holding off on offers to find a candidate with certifications or additional training."

Good Time to Be in HR

While HR manager was listed the highest among HR professional roles in the rankings, HR specialist (44th)—including talent acquisition and management roles—was not far behind, followed by specialists working in training and development (134th), labor relations (167th) and compensation and benefits (248th).

"Depending on company size, many businesses may look for HR candidates who have specialized experience," Garstein said. "Some areas of expertise that are sought after include exposure to payroll, familiarization with labor laws and experience in recruiting strategy. Candidates who hold these specialized skills can be hard to find."

On the other hand, HR assistant ranked 329th in the occupational forecast, showing a -4 percent growth rate over the next decade.

A Conversation about the MS HRM Program

We sat down the Krannert's Academic Director for the HR program, Brian Chupp, as well as program manager Jill Lynn and lead recruiter Heather Goodwin to discuss what you can do with an MSHRM degree and why it matters.

Management Versus Leadership: A Different Perspective

During two decades of HR experience, I have read numerous articles on the differences between leadership and management as well as how particular job titles needed to have more or less of each.

Instead of providing another article on the similarities and differences between management and leadership, this article will take a different perspective. Instead of treating them as separate, organizations should approach them as complementary and symbiotic concepts.

“One of the things I’ve found is that by moving some of the discussion online to message boards, you actually get a deeper level of conversation,” says Brian Chupp, professor of Organizational Behavior and Human Resource Management. “In the classroom, you might have just 25 percent of the class dominate the conversation, with the rest of the class just content to sit and listen. But online, where everybody has to participate, I’ve found some of the most insightful comments come from someone who’ll rarely raise their hand in class.”

Chupp, who has taught both fully online and hybrid courses for other colleges at Purdue, says the beauty of Krannert’s hybrid program is that it simulates a real-world working environment, where students have to learn how to interact with each other in person and online, “a critical skill.”